On Barry’s 44th birthday, his Dad, Fred, died at Fair Havens in Southend.

The hospice managed Fred’s pain and made him comfortable, allowing him to meet his unborn grandchild before he died on 10th January 2022, aged 71.

Barry says, “Dad lived in Eastwood and was a plumber, still doing bits of work until he became ill. We knew he was poorly, but when he was admitted to Fair Havens we realised that his cancer has spread from the larynx and he wasn’t going to get better.

“To put it bluntly, we thought the hospice was where you go to die. But at Fair Havens, he wasn’t just a patient, he was ‘Fred’ and care was personalised to him. I appreciated the honesty from the Care Team. We were under no delusions that he didn’t have long left.

“My wife, Caroline, was 37 weeks pregnant and we knew this would be the only chance he would have to meet his grandchild. When he felt the baby kick, his eyes lit up. Charlie Fredrick was born just a couple of weeks later, named after his Grandad.

“When Dad was dying, all of our family could be there together – his wife Lesley, step-son Gary, step-daughter Claire along with me and Caroline. We all told him how much he was loved and will never be forgotten. He was a wonderful person with the most enormous kind heart. He may be gone in person but his spirit will continue to live on through all of us, including Charlie.

“Fair Havens cared for all of us, day and night. To say they go above and beyond to make you all feel welcomed and comfortable is an understatement. Their compassion is truly astonishing. They could not have done more for Dad, Lesley and the family.

“Whilst I knew Fair Havens was a charity, I didn’t realise the extent it relies on donations. In fact, before he died, Dad asked for his kit car to be sold with the proceeds going to Fair Havens. He wanted to give something back, as he continually said how happy he was to be at the hospice.

“That’s why we raised money in memory of Dad. He’s died, but it could be anyone’s family member next week, next month or next year. You don’t think about hospices till you need them, and they help soften the blow when you or a family member is ill. There’s a team of people here who support you through it all.”

To find out more about how you or someone you know would benefit from the care at Fair Havens, click here.

At Fair Havens, Dad wasn’t just a patient, he was ‘Fred’ and care was personalised to him. 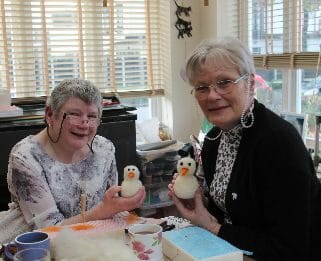 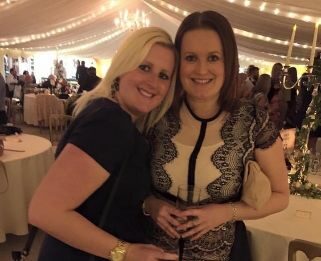 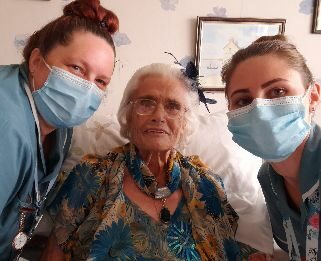