Benton Hall Golf Club raised more than £14,500 for its chosen Charity of the Year Little Havens – part of Havens Hospices – which provides palliative nursing and supportive care to children and young people across Essex.

The hospice has been the Mens and Midweek Senior sections chosen charity since 2019 after supporting The J’s – now part of Havens Hospices – for a number of years previously.

Stuart McKenzie, Midweek Seniors Captain and Alan Cook, Club Captain organised a number of fundraising events including a quiz night, charity golf day, Captain’s Day, and a Captain’s Ball. In 2020 after a difficult year due to lockdowns caused by the pandemic, the club members agreed that any entry fees from cancelled events could be transferred to the charity fund and held a virtual raffle competition to win the prizes they had already bought for events which were cancelled.

Alan Cook said: “The support has been brilliant with many members often telling us to put their prize winnings into the charity fund. Little Havens really struck a chord with our members and to raise over £14,500 in the current climate was a great achievement, of which we are naturally very proud. Subsequently all three sections of the club – Mens, Ladies and Midweek Seniors – have chosen The J’s once again to be their charity for the current year which I am sure will be equally successful.”

To find out more about Little Havens and The J’s and the care they provide to children, young adults and families across Essex, visit www.havenshospices.org.uk 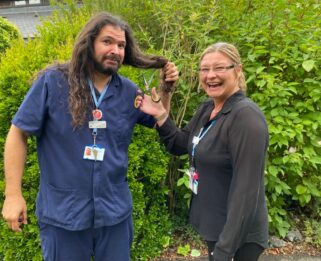 A hospice nurse is committing to cutting off his hair to raise money for the charity he works for. 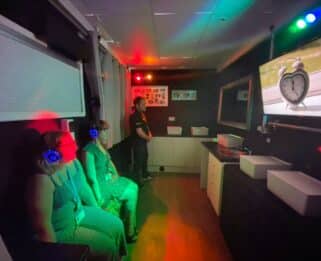 Local charity workers immerse themselves in an alternate reality

Colleagues at Havens Hospices immersed themselves into the world of autism recently, thanks to an autism reality experience. 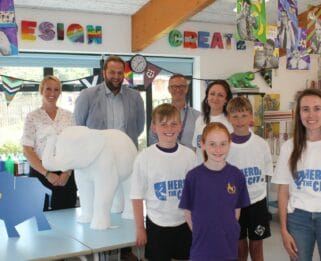 Mini-herd set to be elephant-astic

Havens Hospices invites local schools, youth groups & community projects to join in the ‘ton of fun’ and decorate a baby elephant for Herd In The City 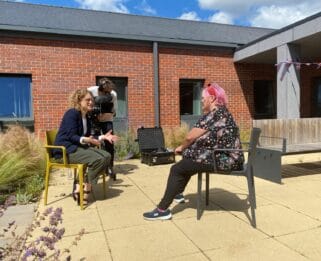 Havens Hospices says the cost of living crisis is creating a ‘perfect storm’ of circumstances which is putting pressure on the charity.