Kat and Nick Wright made the generous donation to cover the cost of a day of care on Thursday 4th August at the hospice which cared for their son Noah, who died aged 4 in 2020.

Noah was born a healthy twin with his sister Ella in December 2015 but at three years old he was diagnosed with a cancerous, inoperable and terminal brain tumour.

Following Noah’s diagnosis, one of the nurses from Little Havens visited the family at their home in Chelmsford. She explained how the hospice could support Noah, his twin sister Ella and their parents through the most difficult time in their lives. The family was supported by Little Havens with respite and symptom management stays through Noah’s illness.

After Noah died, the family set up the ‘Noah’s Rainbow’ fund to raise money for Little Havens and Abbie’s Army, an organisation which supports specific research into the type of brain tumour Noah was diagnosed with, DIPG.

In just two years ‘Noah’s Rainbow’ has raised over an incredible £14,000. The money raised for Little Havens has paid for 24 hours of care at the hospice in Noah’s memory through the charity’s ‘Pay for a Day’ scheme.

Kat said, “Every pound we get, we split halfway between Little Havens and Abbie’s Army. We really hope by fundraising and paying for a day of care at Little Havens that, with Noah’s legacy, we are helping other families who need the support of the hospice.”

Nick, added, “If people didn’t donate before then we wouldn’t have had those experiences and all those memories that we have at Little Havens, and you can’t put a price on that.”

The family was welcomed to the hospice on their chosen date by the charity’s Director of Care, Ellie Miller and Lindsay Wallman, Little Havens’ Caseload Liaison Nurse, to thank them for their generous contribution.

‘Pay for a Day’ is a way of supporting 24 hours of care at one of the charity’s hospices – Fair Havens in Southend-on-Sea or Little Havens in Benfleet. It costs Havens Hospices around £6,000 per day per hospice to provide care for all the patients using the charity’s specialist services free of charge.

This includes the cost of nurses, carers and support staff like cooks and housekeepers. It also takes into consideration the cost of running the building like utility bills as well as medical and personal care supplies. By sponsoring a specific date, the charity can ensure that the donation pays for the care that is given within the chosen hospice during those 24 hours.

To find out more, visit www.havenshospices.org.uk/payforaday

To find out more about Noah’s Rainbow, visit www.noahsrainbow.co.uk

To hear more about Noah’s story, you can watch Nick and Kat speak about the care the family received at Little Havens here https://youtu.be/8Yw5wGR760U 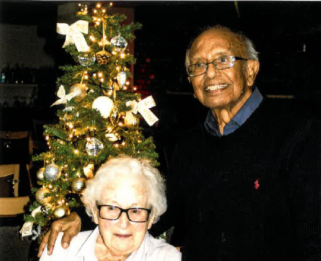 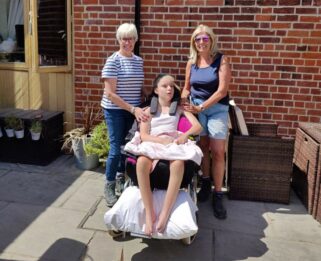 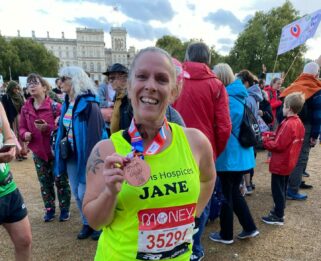 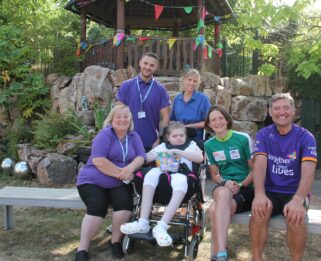