Havens Hospices’ first ever Fire and Lego Walk fundraiser landed in Chelmsford’s city centre on Saturday 23rd April raising over £10,000 for the charity which relies on  donations to provide specialist hospice care for children and young people across Essex.

To kick start the event, four ‘Lego walkers’ confronted over a thousand small Lego bricks to walk over. One participant who faced the challenge was 31-year-old Lucy Davis from Basildon who ten years ago was told she probably wouldn’t be able to walk again due to a nerve condition. After five years of intensive physiotherapy she decided she would take on an annual challenge for charity to test herself physically and do something she would not have been able to do if she was using a wheelchair.

She said: “After an extremely tough few years with a lot of hard work and perseverance I learned to walk again. In 2018 after years of physiotherapy, my 2019 New Year’s resolution was to ditch my crutches and walk unaided. Once the clock struck midnight on New Year’s Eve I walked away from a party with my crutches over my shoulder.”

Lucy has already completed a three mile cross country walk on crutches while she was still learning to walk again, paraglided in Turkey, climbed Pen Y Fan and cycled a virtual 300 mile London to Paris ride but set her sights on a Lego walk fundraiser as her next challenge. She said: “When I saw the Lego Walk for Havens Hospices I wanted to sign up give myself another challenge. Anyone who knows me will know I have a phobia of Lego, it’s also notoriously painful to step on so it was the perfect test for me and an excuse to raise money for a great cause. Hospice care is close to my heart – myself and my family have experienced the remarkable care hospices provide.”

After completing the walk Lucy said, “The walk was particularly painful for me as I have still have nerve damage on my feet but it felt so amazing to accomplish it after everything I have been through and never would have thought this was something I could have done all those years ago.”

One participant who took on the Fire Walk was Janet Taylor-Fane, Deputy Ward Sister at Havens Hospices’ adult hospice Fair Havens. Along with her husband Peter and sister Gill, Janet braved the over 500-degree embers in her nurse uniform twice.

Janet said, “Myself, Peter and Gill really enjoyed the event and we have raised all the money we were hoping to buy a laptop for the dispensary at the hospice. This means staff will be able to dispense medication even quicker now the hospice has changed to electronic prescribing. We all feel very thankful and overwhelmed from the support from our family, friends and colleagues – every donation means so much to us and helps to continue ‘Making every day count’ for the families we care for.”

Janet has worked at Fair Havens for six years in the In Patient Unit and knows the importance of the work they do in the community and why fundraising is vital to keep these services going. She said, “I love working at Fair Havens. We walk with patients and their families through some of life’s most difficult moments. Many people think that hospice nursing is just about sitting with a patient during their dying days, but this job has much more depth and meaning than that. We seek to help patients live life to its fullest during those remaining days.”

Cerena Ashwell, Events Fundraiser at Havens Hospices said: “The atmosphere on the night was absolutely incredible as crowds of friends, family and passers-by gathered to support our brave walkers.

“Thank you to every single person who took part and raised sponsorship, UK Firewalk for putting on a spectacular show and our sponsors Power Testing Ltd, Fisk Group, Aviary Developments, Fast Warm and Method-IT.

“As a charity which relies on the generosity of the public to provide its hospice services, every pound raised in sponsorship will help support children, young people and adults living with incurable conditions across Essex, and their families.” 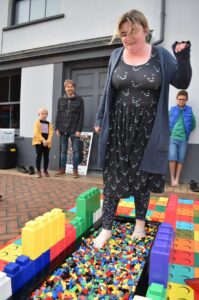 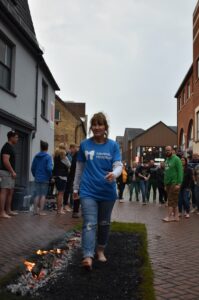 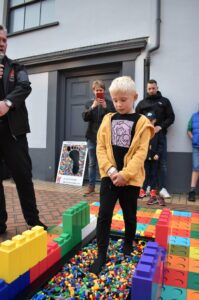